Miltos Tentoglou, Olympic Gold Medallist, a champion in our hearts 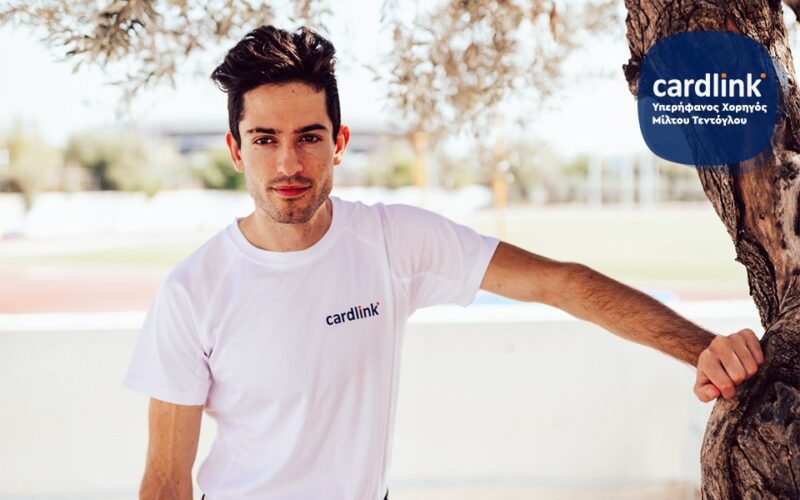 We stand in awe before champions; those who break records, those who achieve the unachievable, who perform better than we could even imagine. They are the ones who remind us with each victory that the impossible is possible, that we can also succeed, overcome obstacles, achieve our goals!

We need champions to remind us of just that: absolute devotion, perseverance, the way to accomplishments, the belief that success is the sum of many failures. Because they simply never stopped. Training, getting up again, overcoming physical obstacles and the limits of their own bodies. They may compete alone, but we are all there with them.

Cardlink has been standing by the European long jump champion Miltos Tentoglou for the past two years. He is just 23 years old and he has already made us proud so many times! He is a three-time European champion. He achieved the best performance in the world for 2021, breaking his own personal records one after the other. However, what makes him stand out in our hearts is the fact that he reminds that no dream is unattainable if you give yourself to it, no victory is ever lonely, no success ever came overnight. We will be his most ardent supports in all his endeavours, because in every single one of them he fills all of us with hope and belief.

In the top sport event, Miltos showed that he knows how to overcome difficult situations, even when his efforts did not turn out as he planned and despite the pressure he was under, with his sixth jump he “snatched” the Gold Medal from his fellow top athlete Echevarría, by achieving an equal performance of 8.41m, while having a second best jump of 8.15m. Our hearts’ champion gave us great excitement and immense joy by deservingly rising to the highest position on the podium of the largest and most important event in the world. Once again, Miltos stood out not only for his performance, but also for his sportsmanship and ethos.

The whole of Greece thanks you, Milto; you made us proud!

The article was published on Kathimerini