Which year ranks first in card transactions? Which were the top Greek regions in turnover during the Easter period and which sectors performed better in 2019 compared to 2018?

Many discussions take place every year about how much Greeks spent on the Easter table or on their excursions to the countryside, what was the turnover of businesses, which sectors performed well and which didn’t, and many more things.

Businesses await for the Easter period eagerly in order to increase their sales and turnover, following a quiet period before Easter.

Are you curious to find out what happened this year and how businesses performed compared to last year? We collected, processed and organized data from thousands of transactions* and are presenting them here!

Before we get started, here is an example outlining the calculation of differences, so that you can read the results more easily.

Let’s start with the results per commercial activity! 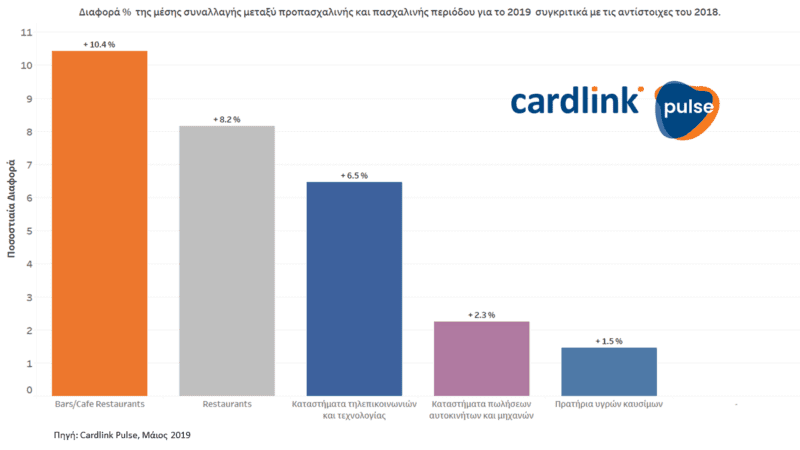 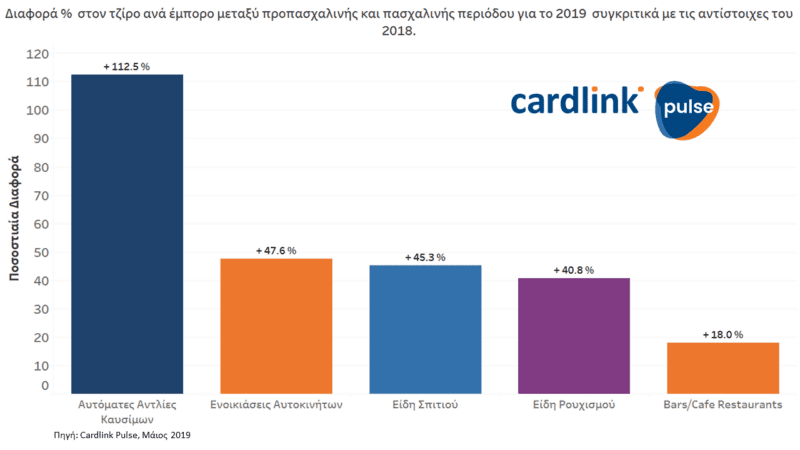 Now, let’s looks at what happened per prefecture and district! 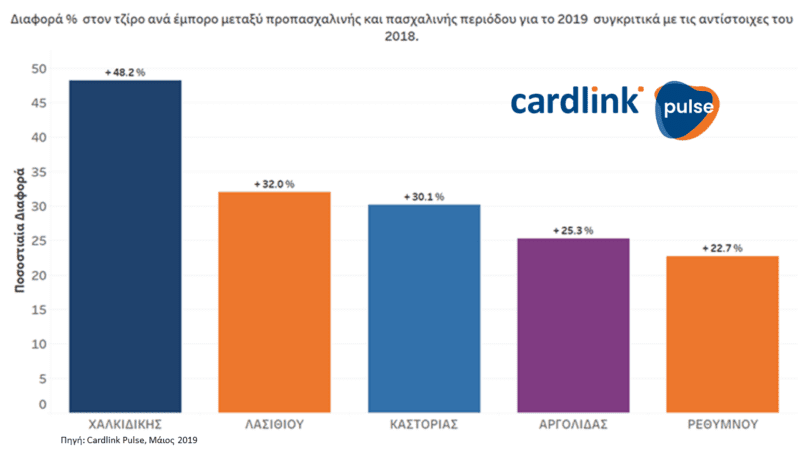 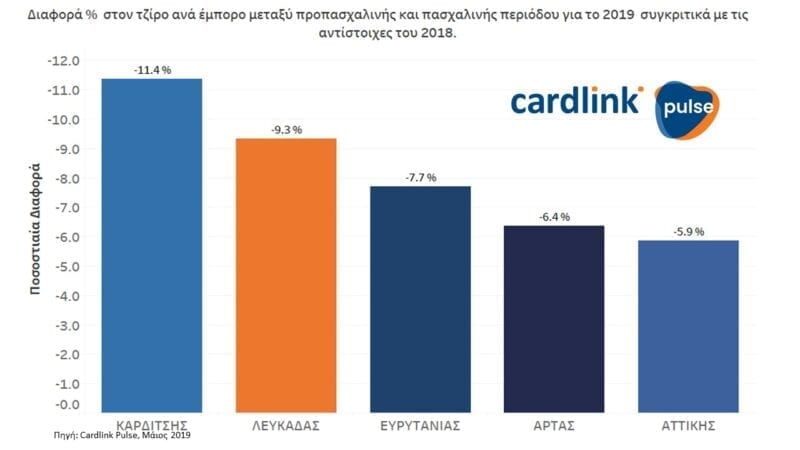 In terms of districts, we can see in the map that follows that in the district of Attica the turnover increase decreased compared to 2018 between the festive and non-festive periods. On the contrary, the increase was reinforced in Continental Greece and the Peloponnese. 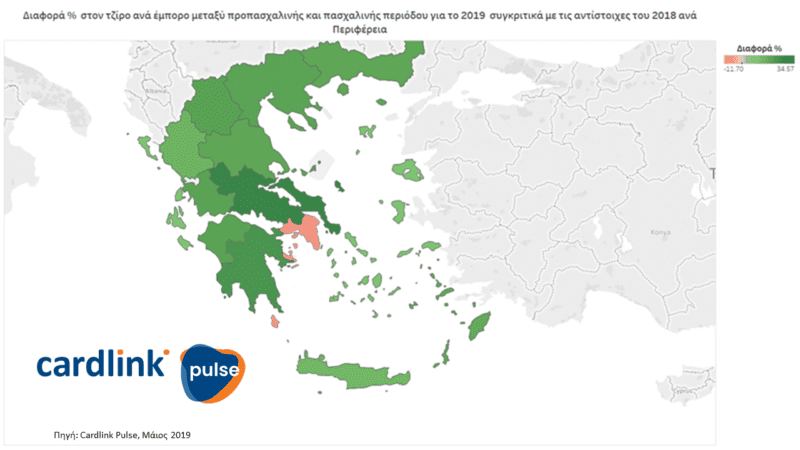 Both last year and this year, the day on which most transactions were carried out during the Easter period was Holy Thursday! 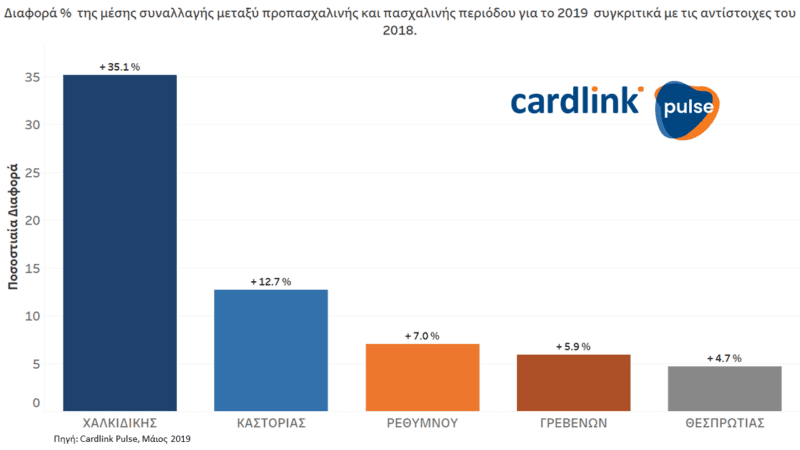 In terms of districts, the districts of Attica, Crete and the Ionian Islands experienced a decrease of the increase in terms of average transaction compared to 2018 between the festive and non-festive periods. On the contrary, the increase was reinforced in Continental Greece, Western Macedonia, the Peloponnese, the Dodecanese and Epirus. 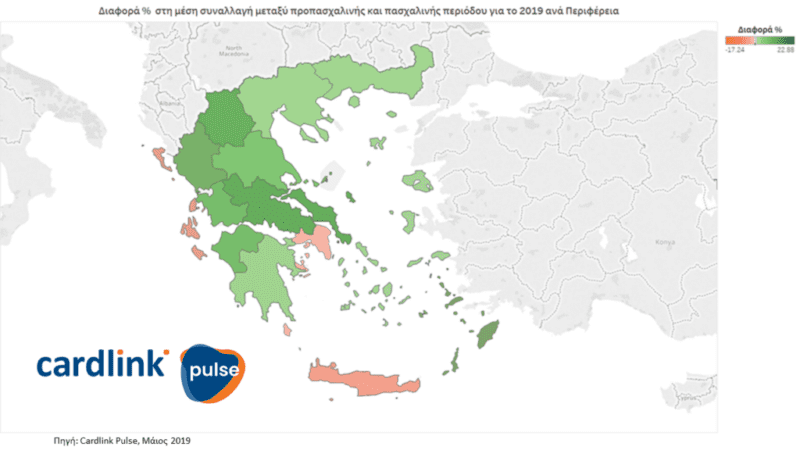 Therefore, for this year’s Easter, the largest turnover increase can be seen in  Continental Greece, while the district of Western Macedonia follows. The lowest increases can be seen in the islands of the North Aegean Sea, the South Aegean Sea and the Ionian Sea, Crete and Attica.