How did a restaurant make smart decisions using the Cardlink pulse app?

The food service sector is no doubt one of the most competitive ones. Let’s see how a restaurant made smart and strategic decisions using its own data and analytics obtained through the Cardlink pulse app. 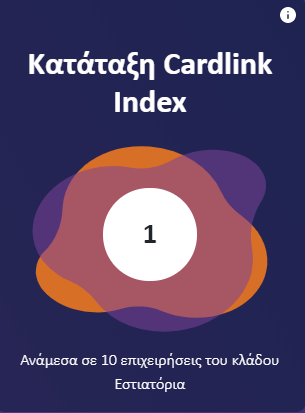 The business under consideration knew from the general market feeling that it was first in its area in turnover compared to the competition, however, it believed that the gap was narrowing. Through Cardlink pulse it was able to confirm its leading position. Until the business appeared in 2nd position and in this way it realized beyond doubt that the time had come where a competitor managed to surpass it and it had to take strategic decisions to recover. The above are reflected in the app in the following manner:

In July, this restaurant launched an advertising campaign to attract new customers. Its sales started improving. Was it due to new customers, though?
Through Cardlink pulse, they monitored the results in terms of new restaurant customers that paid by card compared to the previous month, and they were very satisfactory. The important point is, however, that it was confirmed that in July there were more new customers, and this why the turnover was higher, both in total and in terms of cash payments. 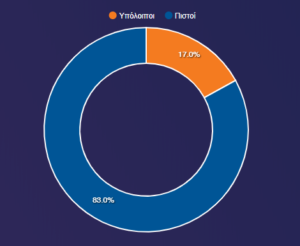 The restaurant also confirmed by monitoring Cardlink pulse that its non-loyal customers were spending more than their loyal ones. The fact that returning customers were not spending as much as new ones was particularly troubling. Therefore, they took action to improve the experience of their loyal customers and adopted a different approach to change something that otherwise they would not be able to see.